The blue-footed booby (Sula nebouxii) is a seabird native to the eastern Pacific, including the Galapagos Islands and the west coast of the Americas, from Baja California down to Peru. It is believed that the name for these birds may have come from “Bobo,” the name Spanish sailors gave them meaning stupid or fool because of their awkward way of walking on land and because they were so easy for humans to hunt. 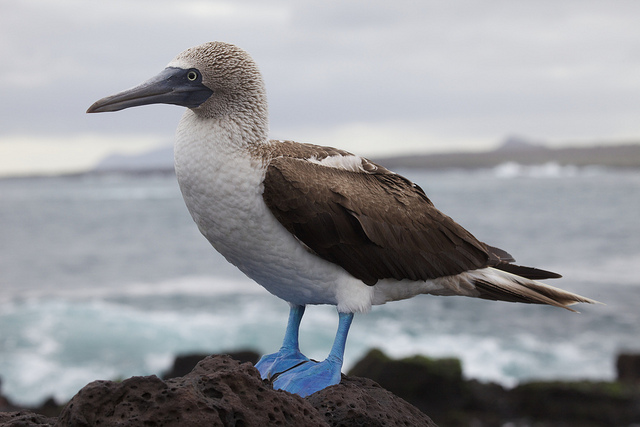 When it’s not mating season, the blue-footed booby lives out on the open ocean. It is a carnivore that forages at sea for small schooling fish and squid. They can dive into the ocean, at speeds of 60mph (97 km per hour) and swim underwater to depths of 82 ft (52m) below the surface. 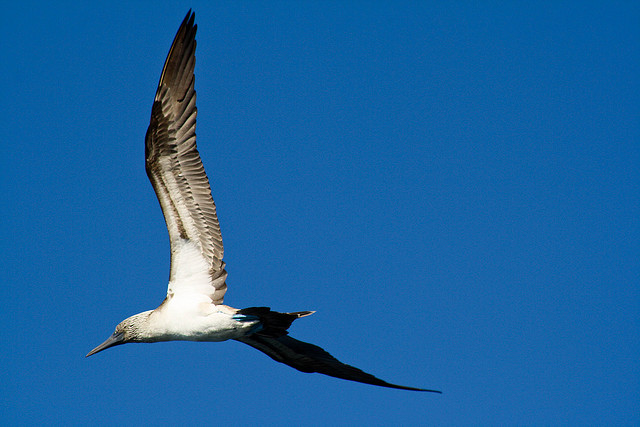 Males use their striking blue feet in order to impress mates. They do a mating dance that involves alternating lifting up the right and then left foot repeatedly, as in the video below.Females prefer a male with brighter feet, and research shows that the brightness of feet really does correlate with how well a male booby can provide for its young. Finding a female takes more than just that though – the dance is one part of a more elaborate ritual that starts with the male offering the female a gift such as a stone or stick. The couple then struts around one another and the male spreads his wings and whistles.

Usually blue footed boobies nest in colonies of several hundred birds. They tend to be monogamous once a pair has been made. The female usually lays up to three eggs, more than is typical for seabirds, and these eggs all hatch at different times. Both the male, which is smaller, and the female take turns sitting on the eggs. The males can also be differentiated from the females because the female appears to have a larger pupil in her eye. They may be able to support more young than other birds because females and males have different foraging styles. Since males are smaller, they forage in nearer, shallower water, so their trips are more frequent. Females travel farther and can carry back larger quantities of fish, but do so more slowly. However, in times when food is scarce, the oldest chick may cause the death of younger chicks, by ousting them from the nest or controlling access to food brought by the parents. 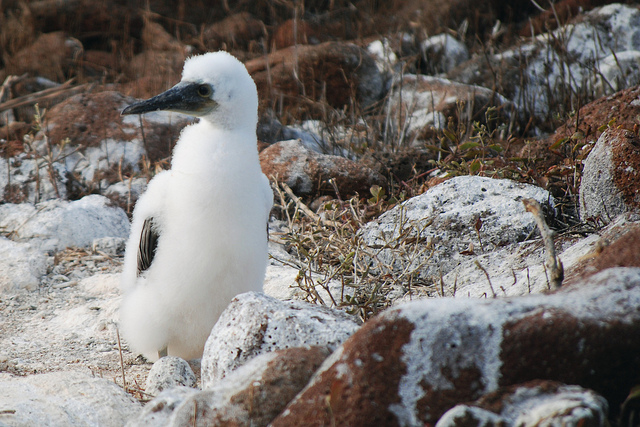 The global population of blue-footed boobies is large and is believed to be stable. There are two subspecies of this seabird, which are both classified by the IUCN as “least concern,” although they may face some greater threats in the Galapagos than they do on the western coast of the Americas. 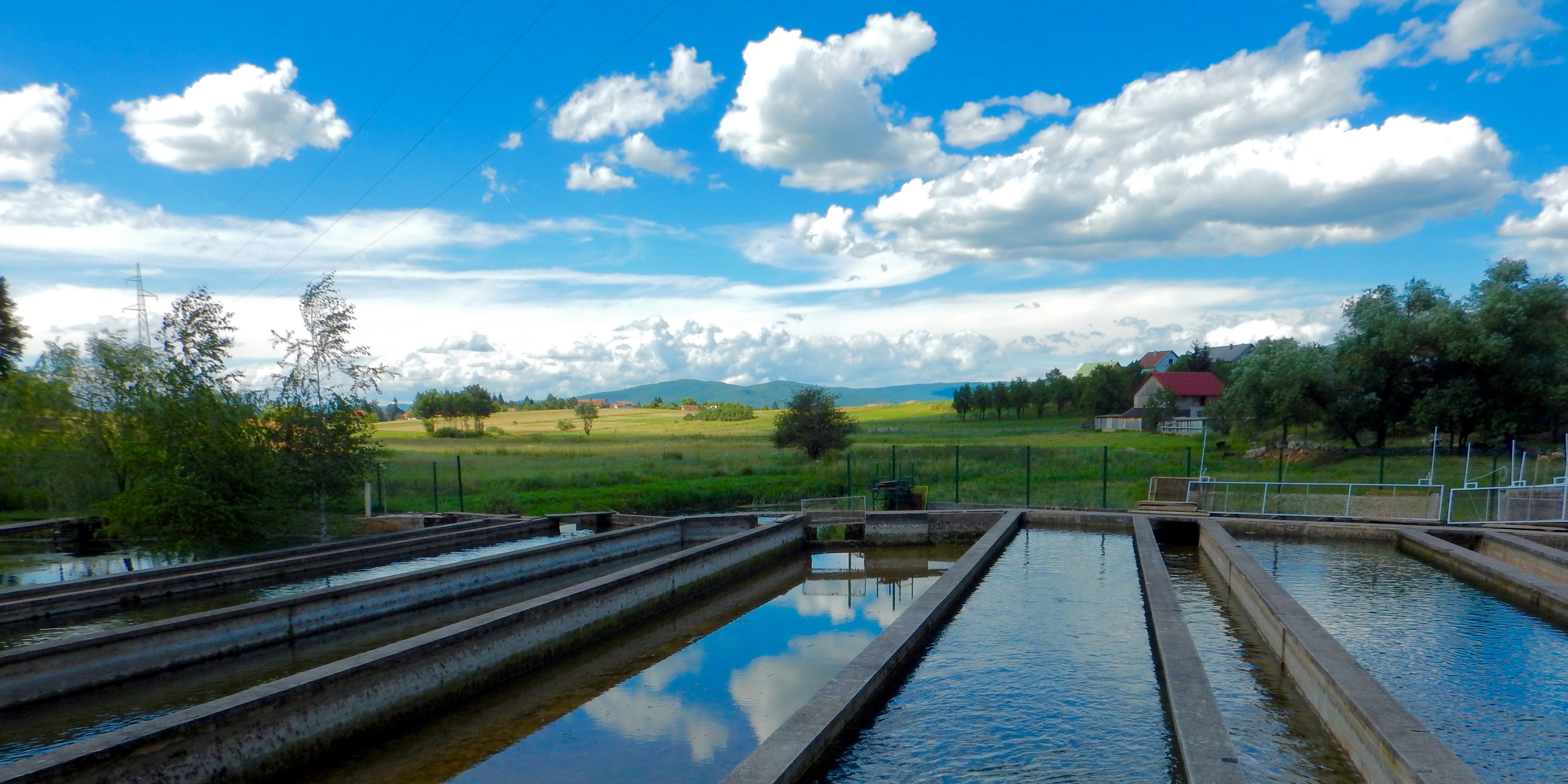